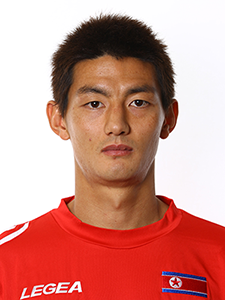 Don't cry. That thing did nothing good for you (can't find his photo wearing Kashiwa jersey :().

Of course they will be sad. From their childhood they have been taught that that beer-belly freak is the Juche equivalent of God. Perhaps even in the North Korean schools in Japan. Its (Yes, I doubt that it’s a male human) death could mean that the unofficial boxing-style world champions title is in jeopardy. No way Tajikistan would defeat North Korea next February and God knows when NK will have its next friendly match against what. On the other hand, South Korea’s preparation for that deciding home match against Kuwait could be hindered by security concern. Could Dzenan Radoncic be the player-manager for the Taegeuk Warriors?

That news comes as a little relief after the passing of great playwright, humanitarian, and president Vaclav Havel. And after another East Asian team’s inability to unlock Al-Sadd’s defense. Tanaka, Kitajima, and Jorge Wagner played very well, but my fears were realized – like Jeonbuk, Kashiwa might have relied too much on its Brazilian playmaker. Second, Nelsinho’s….unconventional substitution policy (kinda like Zico’s actually) could not sustain Kashiwa’s campaign. I’m truly hoping that he could be wiser for next year’s Champions League, or Kashiwa would be eliminated from the group stage, or from Round of 16 at the best. Masakatsu Sawa is not the best attacking midfielder or winger out there. I still don’t understand why both Park Dong-Hyuk and An Yong-Hak were not played at all. I hope the best explanation is that they were injured.

How on Earth did Al-Sadd gain its third victory against an East Asian champions who were playing in front of their crowds? First, Al-Sadd are a good team, despite a bad season in the Stars League (only 4 wins out of 8 games). If they are not that good Jeonbuk , Suwon, Kashiwa, and ES Tunis would have no hard time against them. Second, I wonder if various elements in Al-Sadd, especially its defense squad, perform better against East Asian sides. Lee Jung-Soo seems to be highly motivated to stop his Korean rivals, the bloody Japanese, and even with Algerian bad boy Belhadj he had no qualm to break David Villa’s foot, something he might not able to do if he’s playing for Korea. Goalkeeper Saqr proves that he’s a howler for Barcelona but is a stonewall for East Asian teams, whose offenders gives him too much respect.

Al-Sadd is a good news for Qatar Football Association, which will continue its campaign for Brazil 14 (come on, they will lose to Iran but no way the Shiites-less Bahrain could own the Indonesia’s Reserve squad*). In a way they are Qatar’s middle finger to Japan and Australia who question the 2022 hosting rights. Will they last long in the 2012 ACL season?

….no, they will not play at all. They ranked 6th in 2011 Stars League. Maybe they can be called the Liverpool of Asia. Even Niang and Ibrahim can’t score for #### in the League.

Jesus, now I’m starting to get more worried about how Kashiwa and Jeonbuk will go next year.