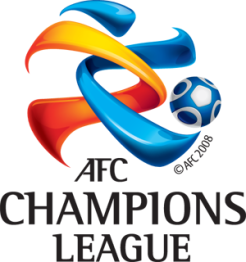 I used to dream that the Asian Champions League is like the European Champions League. Dramatic theme music (what’s the equivalent of the adaptation of Zadok the Priest? A martial march theme ala Red Alert‘s “Hell March“?), a non-alcohol, pan-Asian equivalent to Carlsberg (uh, Toyota?), several merchandises, build up on ESPN, and the romantic image of happy Asian blokes spilling their beers over the couch as they’re jumping merrily, anticipating the battle royale between Al Ittihad and Gamba Osaka. A post-match night of blood, sex, and barf in Doha might not be a bad idea either if everyone can make it in one piece back to Adelaide.

Instead I’m treated by Tuesday 5.30 pm broadcast from Jeonbuk or Shanghai, minus half-time analysis, which nobody else watches, including in the stadium. Perhaps the point of ACL is to decide which Korean (yes, should be Korean) team would book a place in FIFA Club World Cup in Japan. Don’t you want to see Nagoya and Suwon duke it out the day before Barcelona meet Sao Paulo?

AFC, of course, has the different dream. Let’s see…the top three men in the current administration is a Chinese president, an Australian VP, and a Malaysian general secretary. So you think it’s very unbalanced. No representation from the West. Sponsor-wise, it’s a balance of power between Japanese, Korean, and Qatari corporations.

So why the hell AFC considered the proposal to move ACL playoff schedule “in order to allow Middle Eastern nations extra time to prepare for the final round of World Cup qualifiers” ? They didn’t even bother to say “Western Asia” or “competing nations”. Japan rightfully protested. Nevermind that Japan could just rearrange its friendly fixture with Oman. ACL does have a crappy schedule – hectic group stage, then one-off Round of 16. And then nothing happens until September. And to make it even hectic, just for the sake of getting rid of it quickly, demonstrates that AFC simply does not respect the Asian Champions League.

What surprises me is that Japan is not supported by Korea and Australia. They also have their interests crossed by AFC, and to change schedule midway is just ridiculous. A cynical explanation for the puzzles is that despite the supposed balance of power, AFC seems to have a knack to make things uncomfortable for the big three of East Asia and to ensure some advantage could be taken by, in their words, Middle Eastern teams.

A little look on how the ACL could affect the Big Three. Australia is less affected – Matt Ryan is the only Central Coast player in the Socceroos, and he won’t replace Schwarzer anytime soon. The Socceroos can do without Erik Paartalu and Mitch Nichols, and only Dario Vidosic plays for Adelaide. Hm, I can see why they don’t complain.

Pohang Steelers are yet to make the backbone of Korean team – only Shin Hyung-Min represents it. Ulsan, on the other hand, can be busy. Kwak Tae-Hwi is now the national team’s captain, and Lee Keun-Ho and Kim Shin-Wook are important backup strikers (even Lee can become the second attacker besides Chu-Young). Seongnam contributes Yoon Bit-Garam. Jeonbuk. Ah. Lee Dong-Gook. Cho Sung-Hwan. Lee Seung-Hyun. And Kim Jung-Woo. They need to be successful on both fronts. They can just call it quit tomorrow and go on to their third defeat (as demonstrated by last weekend’s 2-3 loss to Daegu. DAEGU!), but that’s not Jeonbuk way.

So, ACL second stage could do harm to players playing for Jeonbuk and Ulsan, but not to Australia. Now, what about Japan?

New manager Masanobu Matsunami might propel Gamba to score its first goal in the ACL. Who knows. Definitely Japan need Endo and…euh…Konno. Yeah. As for Tokyo, only defender Kosuke Ota is on the national team, although I want to see more of their players tried out by Japan, especially Naohiro Ishikawa. As for Shuichi Gonda, it’s better for him to concentrate for the Olympics. Jungo Fujimoto from Nagoya certainly wants to make the break against the four European aces, and finally Kashiwa contribute defending pairs Naoya Kondo and Hiroki Sakai.

So, actually it’s KFA which is disadvantaged by the hectic schedule faced by their players, so they should have joined Japan in protest (yes, I need you two to try to get along sometimes. Please). Jeonbuk’s current shambles is nothing to do with the ACL, but if the AFC wants to wear and tear Korean teams on their ways to the final, this is one way to do it. Looking at the brighter side, now the Big Three is not depended anymore on players from the local league and is supposedly able to field two set of teams – a veteran team and a unit of young stars (although this is less true for Australia – ironically which never had problems with European-based champions previously).

Tomorrow I’ll still follow Tianjin v Nagoya. Because I love Asian football. But maybe the caveat should be planted on my post-it note from now on: if the quarter finals fixtures look crap, because the cup is.