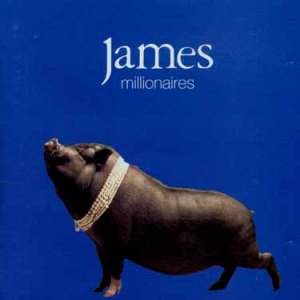 James come from Manchester. “Just Like Fred Astaire” was a soundtrack of my high school romance.

Then, Salford City, which plays in…um…Northern Premier League Division One North is half-bought (50% shares, you see) by Singaporean Peter Lim. So that’s why the other owners – Paul Scholes, Ryan Giggs, and the Neville brothers (and yeah, Nicky Butt, he played for MU didn’t he?) were often spotted in Singapore in recent years. I thought they were just paying a visit to Paul Parker, who is now a Singaporean pundit.

I fell in love with Manchester United after borrowed Manchester United: The Double (often mistranslated by Asian pirates as Manchester United 2) in 1994. A serious bug (or deliberate design?) made Andy Cole always, always injured for 99 days even when benched. It is hectic as Sensible World of Soccer, but at least I could win the FA Cup and the EPL, unlike in Sensi.

Anyway, then Britpop came and I followed the EPL when everyone else in Indonesia was following Serie A (we always prefer Continental Europe than UK, unlike Malaysia-Singapore and Thailand). So there you go, from Giggs, the left midfielder in The Double, to Fortune, the sub midfielder in FIFA 2003 (I played Pro Evo Soccer/Winning Eleven since then, until returned to FIFA in 2009). Now they are working or partnering with a Southeast Asian Chinese.

Was Rio Ferdinand in MU back in FIFA 2003? Because he’s in Queens Park Rangers now. Well, he’s the only link between QPR and MU now. O yeah, there was Park Ji-sung.

Like Cardiff and Salford (and Valencia, probably), QPR is owned by a Southeast Asian. Not Chinese, but Indian. Tony Fernandes, perfectly the Southeast Asian version of Richard Branson (he was indeed a protege) operates Air Asia, Southeast Asia’s hippest airline (when my plane to Singapore was airborne, Girls’ Generation was played over the PA. I screamed in orgasm although sitting next to a Malay old man). He was also the Southeast Asian Donald Trump, being the boss of the regional version of The Apprentice. Actually there are more qualified of candidates here (being a nutty conservative/conspiracy theorist) but they are too camera shy.

You might remember that QPR sported the Malaysian Airlines logo in 2011-12 season. One year later, it changed to Fernandes’ own Air Asia. Coincidentally, in 2012 Cardiff City stole the headlines with the red dragon makeover. And theeen, Cardiff players were the one who wore the “Malaysia” word on their red shirts. Fernandes moved to Jakarta, to the heckles of who he described as “right wing bloggers”.

My Australian professors offered a wisdom – never, never believe rich Asians who said they were born poor. They were always born rich. Fernandes at least acknowledged his childhood of learning business from her mother’s Tupperware tea parties and his love for piano, while Tan’s family background is mysterious. All stories about him begins in 1985, when the 33-year old acquired the Sports Toto lottery from his good friend, then Prime Minister Mahatir Mohammed.

Peter Lim followed my professors’ rule by declaring that he is the son of a fishmonger…before saying that he’s an alumni of the Raffles Institution – Singapore’s most elite secondary school. In Australia, as an accounting student, he worked as a waiter, cook, and cab driver, although I’m not sure international students are permitted to become a taxi driver there. He built his fortune back in Singapore by becoming a real estate broker for Indonesian clients.

The second rule to be a Southeast Asian tycoon is to be close with the center of power, i.e. the ruling party. Australian and American tycoons can donate billions to the opposition party and criticize the government, but Malaysia and Singapore have not seen any change of government since their foundations. So Malaysian tycoons are friendly with the National Front coalition (the Chinese through Malaysian Chinese Association, the Indians through Malaysian Indian Congress), while Singaporean tycoons keep good relations with the People’s Action Party. 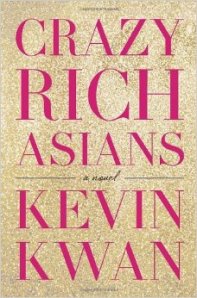 Peter Lim was known outside Singapore when he courted every club in Europe – Liverpool. Rangers. Valencia. Milan. Finally this year he settled with Valencia. Has he? Valencia did receive considerable coverage this year in Singapore, which is bit weird for a region that cares only about La Liga because of Real Madrid and Barcelona.

So we have the abrupt switch from “Malaysia’ sponsorship from Fernandes’ QPR to Tan’s Cardiff, Manchester United Class of 92’s visits to Singapore, and the excitement of Valencia purchase. My guess is that Tan and Lim work for the government.

The real owners of Cardiff City and of Valencia (and Salford) are the Malaysian and Singaporean governments, respectively. Just like Manchester City is owned by the Emirate of Abu Dhabi and Paris St. Germain is owned by Qatar. They are not Glazer brothers or John Henry, who can contribute billions to American political parties but do not work on behalf of Washington.

Still, they are unhappy with what they have. Because their (the billionaires and the governments) main prize is Manchester United. So far they have to be content with faux-MU – Salford, red Cardiff City, Rio Ferdinand, and Valencia. Valencia? Yes, when they have got Mata back. Too bad about Solskjaer.